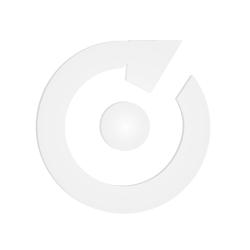 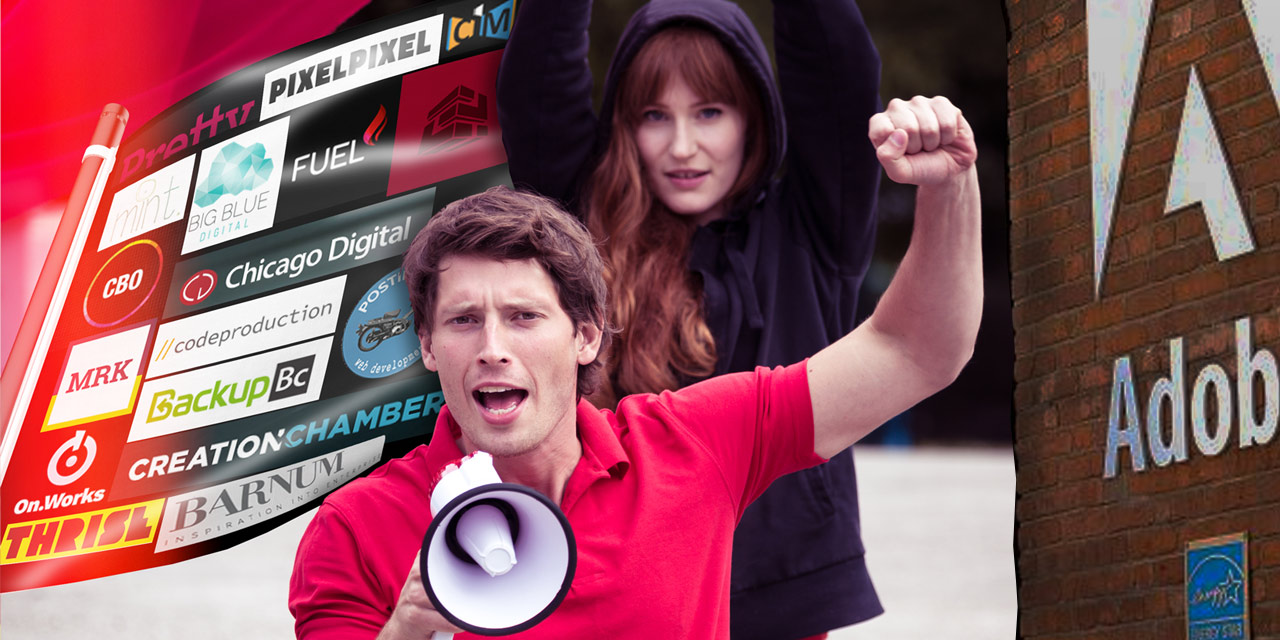 Adobe's announcement comes as a shock to all of us, BC partners and site owners alike. Beyond the initial disbelief comes the anger, the legal questions and the propensity to fight. Then, as the enormity of the situation sets in, there's the overwhelming realisation of what this means and the implications for your business. For partners and owners of large, complex sites, this may lead to feelings of desperation and urgency to find answers and solutions to protect what you've built. The prospect of having to start over may be overwhelming. How on earth can you rebuild your online business while mitigating the effort and the cost to get there? Let alone how to achieve this ahead of the clock?

The BC Partner Advisory Board has been grappling with these reactions and questions for 7 days ahead of the public announcement.  Senior BC Partners have found considerable common ground and our efforts to date have seen progress towards reducing the impact and rationalising the options ahead..

Extension to End of Life date:

Adobe's announcement to the PAB was June 2019 as End Of Life. Despite loud resistance to this timeline Adobe was not prepared to budge due to the operational implications this would cause. Following intense, coordinated lobbying, Adobe finally conceded to extend End-of-Life to 26 March 2020, giving us 2 years to migrate off the platform. This concession came just 3 hours ahead of the public announcement.

For my part, in supporting this effort I wrote a comment on Adobe's blog, responding to a 2011 post to BC Partners about the exciting future with BC. Commenting provided a means to communicate directly to Adobe as the comment would be moderated/reviewed. Unsurprisingly the comment was removed an hour after submission. That was followed by a cat and mouse effort of resubmission and removal to get it in front of the author of the blog post (being the VP in charge of BC and of our current predicament). This effort was subsequent to the direct lobbying. The comment was placed on March 26th (NZ) 12 hours ahead of the public announcement. It's unknown whether this comment reached its intended target or assisted the wider effort in any way. What mattered was to achieve an extension to the EOL date by any means. 8 hours after initial submission and 3 hours prior to the public announcement Adobe conceded to extend the timeline to 2020.

I am choosing to share my comment (below) as it provides some deeper insight to the situation that we all find ourselves in. How it affects us as BC partners, and how we as BC partners are working to minimise the impact this has on you, our clients.

I think I can speak for many partners in saying that we're doing all we can to minimise your exposure. However, please realise that now isn't the time for unreasonable expectations or demanding that your BC Partner wear the cost to solve this problem for you. That approach will likely require you to find your own way forward. It is important for all clients to understand that BC partners played no part in Adobe's decision and our circumstances are very much aligned with your own. While we feel entirely abandoned by Adobe, myself and all other partners I'm communicating with, have no intention of abandoning you, our clients.  We are working to protect your continuity and to deliver a better outcome for your future that will require less effort and investment from you than you could reasonably expect to get elsewhere.  If a new site was on your horizon inside the next 2 years then the forward plan shouldn't be a great concern. But I would encourage all of my clients to seek alternatives so you can objectively review the value propositions ahead. I hope the following helps bring more context to the fact that we face a shared problem. Let's work together to solve it.

There's good reason why this 2011 post by Adobe VP, Paul Gubbay, was greeted with high enthusiasm by Adobe BC Partners and the wider Business Catalyst Community.  You see, this was a time when BC was growing at a rapid pace. As a BC Premium Partner since 2007, myself and many others with years of history on the platform believed that this was the moment we'd been waiting for.

We believed this because we knew three things that most designers and developers outside the ecosystem at that time did not.

As an early adopter of WordPress, building, supporting and hosting multiple WP sites before jumping to BC in 2007, the flaw in WP's DNA became very clear and very real (and is yet to be fixed). That experience is what attracted me and many others to BC.

BC provided the features to build and deploy complex sites knowing that they wouldn't break. No versioning, no patching, no risk of being hacked. Once the site was live, every new dollar my clients invested was spent improving and growing their sites. Contrast this to WordPress where every dollar (including many unexpected high costs) is spent just keeping the site working, through versioning and debugging, or worse, rebuilding it after it's been hacked.

With BC I was able to sleep well knowing that a team of experienced system engineers had my back, keeping my clients sites protected from harm and free of vulnerabilities. This was a powerful value proposition and it allowed client relationships to prosper based on trust.
Our clients depend heavily on our knowledge and advice and having their trust is essential to maintaining customer relationships over the long term. As many BC sites are active online businesses, the continuity and integrity of the website is fundamental for these businesses themselves to exist. Everything is at stake and breaching the trust our clients place in us is unacceptable. I take my customer relationships very seriously and have invested heavily in this by including unlimited helpdesk support, unlimited training, on-call strategy and advice to help grow their online success.


Through these efforts my clients know that "I've have their back", just as I believed Adobe had mine. I believed this because it was proven time and again over 10 years building on the platform.

The decision to shutdown BC is a crippling blow made worse by Adobe's decision not to sell it. I could argue strongly why these decisions are poorly conceived and I shake my head in disbelief at the opportunity missed. Ultimately though, I accept that these decisions are outside my scope, and they are decisions that Adobe is entitled to make.

However, the June 2019 End of Life timeline for partners to move sites to other platforms is ill-conceived and must be challenged. The rationale for this escapes me, but logic suggests that only one of two possible conclusions must be true:
Either:  a) This decision was made with a profound lack of understanding BC's unique feature set, the complexity of many sites built on the platform and the scale of effort needed to reincarnate them elsewhere..  Or: b) This decision was made in total absence of integrity and with an attitude of couldn't care less.

Whichever the case, any EOL timeline less than 3 years is unreasonable. Less than 2 years is unethical. 1 year is simply unacceptable and for many partners it will prove impossible to meet.  Here's why…

Websites have an average life cycle of 3 to 4 years beyond which a redesign/upgrade is a viable proposition. That means any client whose site is less than 3 years old has every reason to resist making such an investment. They will not want to pay for this, and why should they? This makes it extremely difficult to bill clients for rebuilding their sites elsewhere despite the monumental effort needed to do so.

This issue is even more acute for clients whose sites are presently in development. Not only does it freeze their investment to date, it forces development work to start over without re-billing the hours that must be repeated. It also delays the project timeline with whatever repercussions that may create. Worst of all, without a minimum 3yr+ window ahead, new projects that were due to start can no longer commence. Quotes can't be honoured, deposits can't be invoiced and progress payments cannot be accepted knowing that the site has a 1 year life expectancy. Doing so would be highly unethical, if not illegal.

Many web designers, developers and agencies rely on development/redevelopment projects as their primary revenue stream. A consistent turnover of projects is essential to exist. A reasonable approach to BC End of Life would provide a 4 year timeline. This would allow partners to maintain business as usual with a controlled rollout of migrations & upgrades as each site's lifecycle matures. Approaching our clients with a pre-planned strategy that's aligned to their budget is not unreasonable to expect.


However, Adobe's June 2019 timeline means we have just 2944 business hours remaining to complete this work. For context, a conservative estimate of hours invested into building the sites currently in my Adobe Partner Portal is 13,000hrs.  As web developers we are skilled at finding ways to fit square pegs into round holes and we are actively collaborating with other partners on possible solutions to defy the laws of physics. However, while I expect our efforts can succeed, it is clear that many partners and their clients will not survive this. Businesses will be lost, relationships destroyed and real human tragedies will occur. This damage is entirely avoidable if Adobe revise the timeline.

Adobe has been one of the most influential brands in my life for more than a quarter century. To have Adobe breach my trust in this way is a very bitter pill to swallow.  But for Adobe to jeopardise the trust my clients have in me is a step too far. This is not something I can accept and I will fight to defend it.

Paul, your failure to address this oversight will only deepen the tragedy and will accelerate the decay of a once great and ubiquitous brand. It is on you to step up and do what's necessary to put this right.

BC Partners step up to the plate

To all Adobe BC hosted customers.